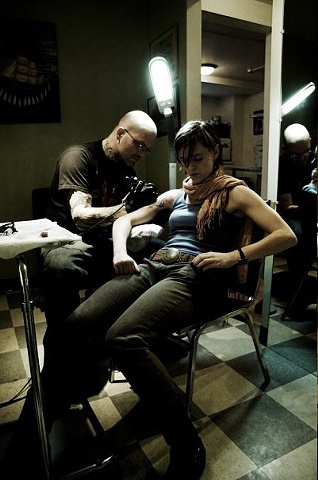 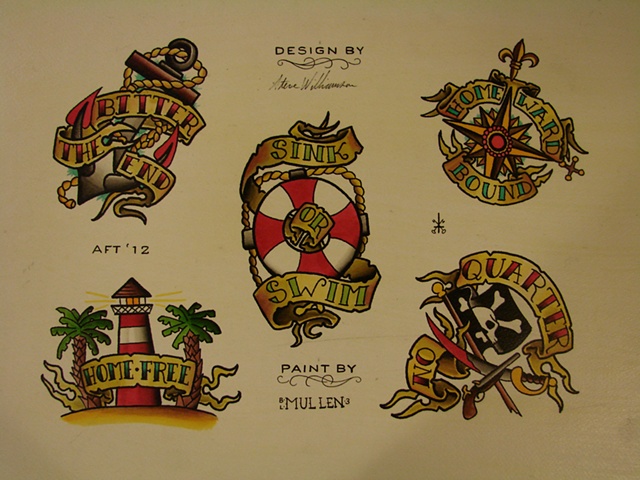 Steve Williamson has been a tattoist (tattoo artist) in Providence Rhode Island (RI) since 1994. Originally from Boston Massachusetts (MA) he moved to Rhode Island in 1991 and began tattooing in 1993. In 1994 he became part of the founding crew at a new tattoo shop (Art Freek) which was the first new tattoo shop in Providence in many years. In addition to tattooing Steve has spent time as a student at Rhode Island College, the University of Rhode Island and the University of Connecticut. Though he was not originally from Providence, he says "I travel frequently and I love to go to Latin America, Canada or just around the States, but for me Rhode Island is Home." Steve is fluent in Spanish and likes to surf, though confesses he is still learning.